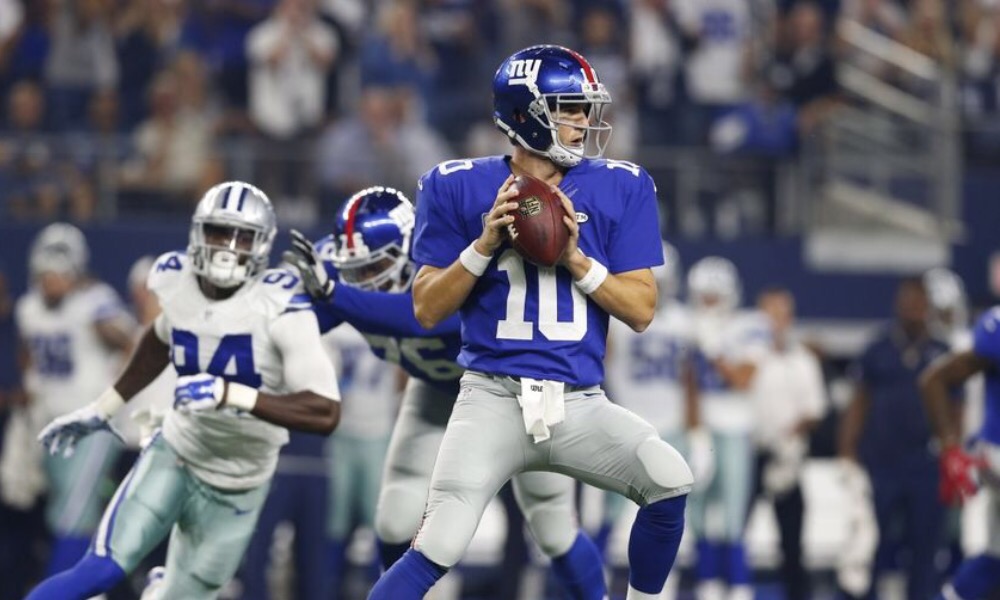 Since 2013 the Giants have started 0-2 in every season but one and we’ve made the playoffs in none of them. This team is a fucking disgrace. Nothing they’ve done since 2011 has even been remotely close to a championship.

Dallas could count to 20-Mississippi and still sack Eli. Speaking of Eli Manning, he can’t seem to figure out that they should throw the ball to Odell Beckham. It took our coaching staff 10 years this game to throw the ball past the sticks. It’s Ben McAdoo level bad. Everyone associated with that team should be ashamed.

The past decade in this team’s history has essentially been the Detroit Lions with a ring. It’s time we all admit that. We’ll be lucky to win 6 games this season. Another football season wasted by the shit show that is now New York Giants football.