Authors note: I thought that I posted this article last week but I realized that I forgot to hit “publish” so if you’ll just do me a favor and pretend that it’s one week ago from when you’re reading this then that would be greatly appreciated. Thx.

Obviously, I’m not going to include Cleveland’s in this article since that wouldn’t be fair to all of the other teams because neon brown is the hottest color on the streets these days. The Browns are 1-0 in wearing these jerseys which is technically a better win percentage than the 2007 New England Patriots.

To the awards we go….

Get the best deals on color rush jerseys from NFLshop.com! 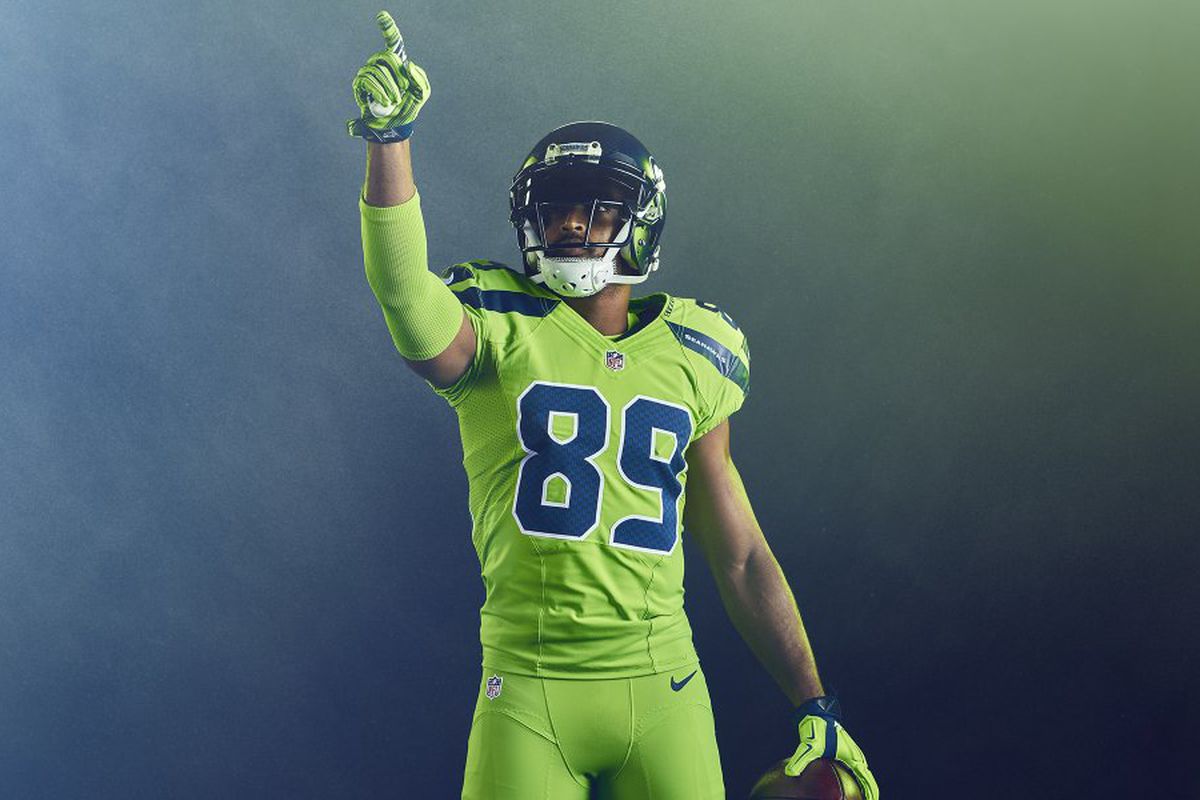 As many of you have heard by now, Adidas has made some football and soccer jerseys out of recycled plastic from the ocean for teams to wear. The University of Miami’s are pictured below. 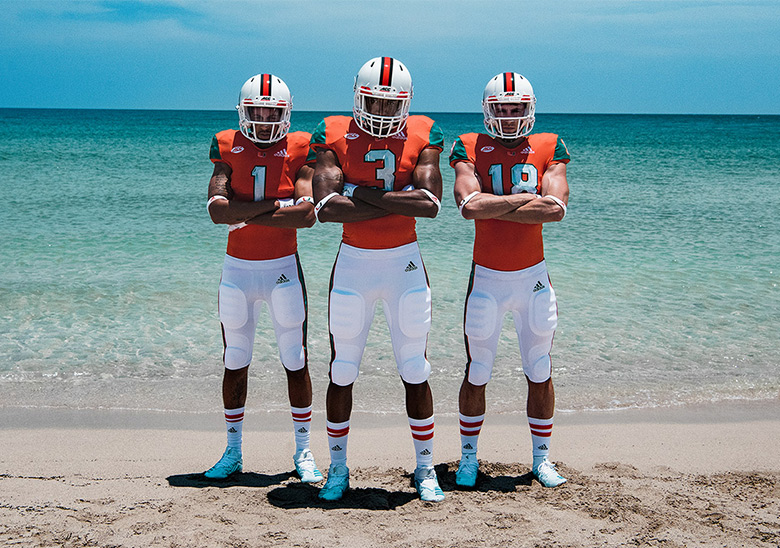 Since there’s no more plastic in the entire city of Seattle, the Seahawks decided to take it a step further by going to Chernobyl and making these uniforms out of recycled “neon nuclear waste.” It’s a super great cause to get behind and the Seahawks should feel really good about themselves.

“Neon spicy brown mustard” was all the rage in Jacksonville for a few seasons when the Jacksonville Jaguars wore these beauties on Thursday Night Football against the Tennessee Titans. Not only was the play on the field exciting in those games, but the uniform matchup was electric.

For a team that uses the name of their county as a rallying cry to pump up fans, these uniforms made tons of sense and I think they should bring them back immediately.

Award #3- The “Thanks for participating in color rush” Award 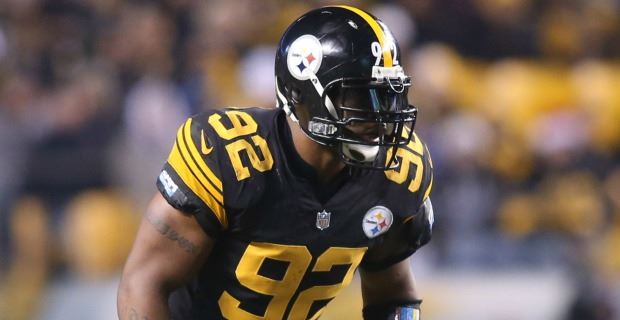 The main reason I’m giving this award is because I don’t want James Harrison to feel left out by not getting an award.

Are these the greatest color rush jerseys that I’ve ever seen? No, they’re not.

At the same time, I know James Harrison tried really hard by participating in these and even though they may not be the best, they still did a good job just by showing up.

My head may explode with all of these changes to these classic franchise’s uniforms. Some things just shouldn’t be changed.

Look at these beautiful neon orange traffic cones. These uniforms are so well done that it feels like Ereck Flowers is literally staring down my computer screen as I type right now.

They look as if an edge rusher was coming at their old and immobile quarterback that they’d just stand there and watch it happen all while doing nothing. They should make these their primary set.

Award #7- The “Most likely to evoke nostalgia award”

The 49ers decided to go back to the past with the color that they used most in their uniforms during the golden years of the 1980s: black.

It seems like just yesterday when Joe Montana trotting out of the tunnel in Candlestick Park wearing these jerseys while dropping dimes to Jerry Rice en route to 4 Super Bowl Championships.

While the game of football has changed in many ways over the past 15 years, I’m glad that the 49ers have remained true to their identity and they haven’t tried to fix what wasn’t broken with their uniforms.

Award #8- The “Most Likely to beat the Eagles while wearing these in week 6” award:

Even though the Giants are my favorite team, this award is extremely subjective and true. The Giants will beat the Eagles while wearing these glorious uniforms in week 6. You heard it here first.