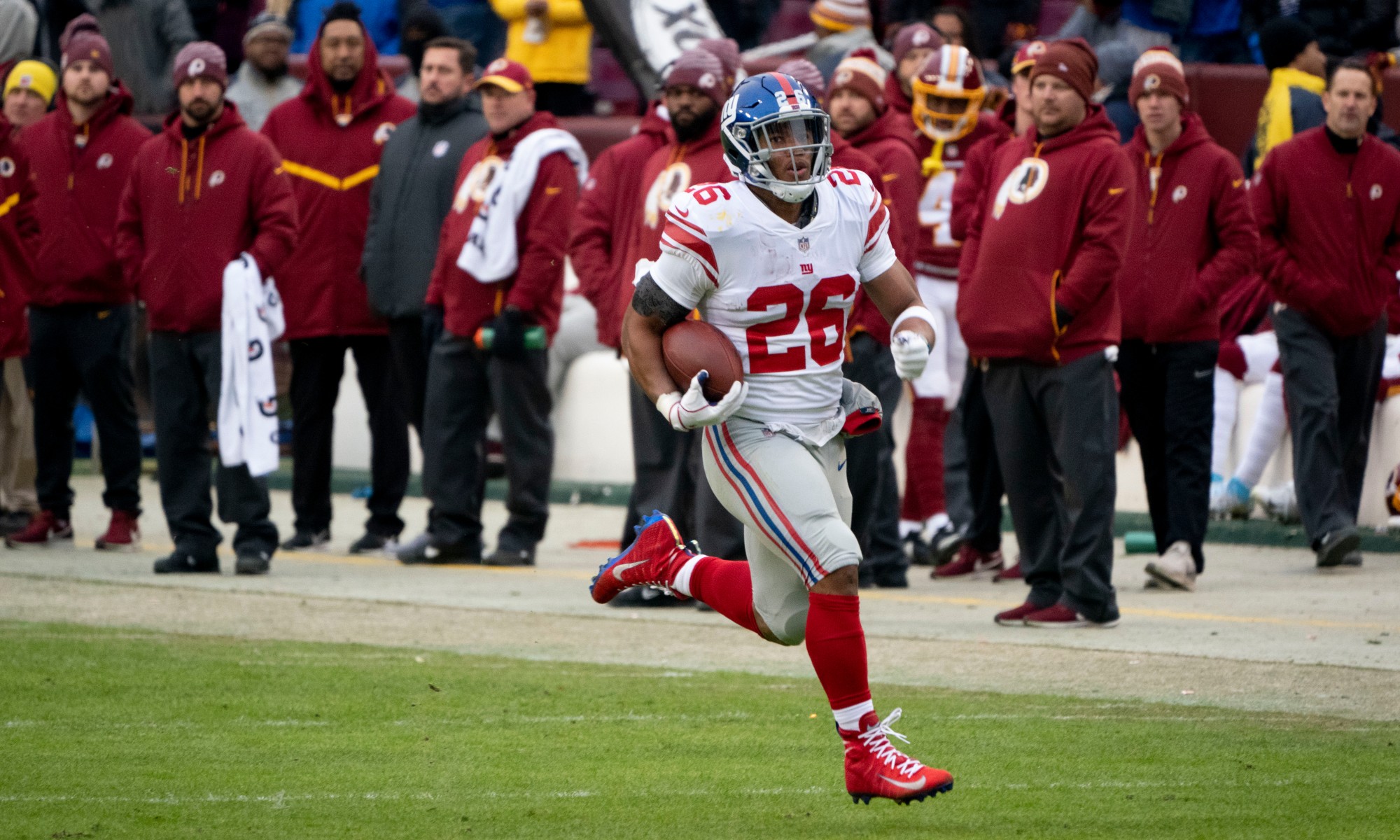 Folks, it’s no secret that I’ve been one of the people who has been highly critical of the Giants using the second overall pick in the 2018 draft class on Saquon Barkley. It’s also no secret that the Giants organization wants to keep Saquon Barkley in blue for the rest of his career. As a fan of the team it’s a really tough spot to be in.

When it comes down to it, no matter how talented the running back is, they play a highly replaceable position.

We just watched the Tampa Bay Buccaneers win a Super Bowl with Ronald Jones and Leonard Fournette who was waived by the Jaguars prior to the season starting. The Chiefs won the Super Bowl the year before with journeyman Damien Williams leading the way. The Patriots have won six Super Bowls without the threat of a dominant number one running back.

My point is that you don’t need a dominant running back to be a championship contending team and by paying a running back you take away resources from other areas because cap space in the NFL is finite. In theory you can pay a running back the big bucks but you have to have everything be perfect in order for it to work.

Here’s the honest truth: If the Giants pay Saquon Barkley $15+ million on his second contract then they won’t be a championship contender for the duration of his contract. There’s just too many holes elsewhere.

As far as I see it, they have four scenarios for how they can handle Saquon Barkley. Let’s break them down.

Trading Saquon Barkley to avoid extending his contract is the dream scenario here. The Giants could likely get a second or third round pick for Barkley and they wouldn’t have to use valuable cap space on the most replaceable position in the league. At this point, the 2018 second overall pick is a sunk cost and there’s no way to fix that. Moving on from that mistake is in the best interest of the Giants.

Knowing the Giants luck with contracts and how it’s gone for them over the past few seasons, Saquon Barkley is going to have the best season of his career next season. It’ll basically be like what happened with Leonard Williams in 2020 where his price tag shoots to the moon. Dave Gettleman (I’m just assuming that the Giants will never have the guts to fire him at this point) will be chomping at the bit to make Barkley the highest paid running back of all time. I’m just banking on this happening at this point but I’m sincerely hopeful that it doesn’t.

Medium Scenario: The Giants Extend Barkley this Offseason at a Reduced Price

A scenario that I wouldn’t be extremely fond of but would prefer over extending him forever would be using Barkley’s injury to sign him to a longer term contract now. If the Giants signed Barkley to a 4 year, $40 million extension that kicked in after his fifth year option it wouldn’t be the worst thing in the world. I wouldn’t love it but I likely wouldn’t be miserable about it. I highly doubt that Saquon Barkley would sign at this point as he’s likely going to bet on himself next season.

Franchise Tag Forever Scenario: The Giants Never Extend Barkley but Use His Fifth Year Option and the Tag Twice

In this scenario, the Giants exercise the full seven years of control that they have over Saquon Barkley and they franchise tag him into either demanding a trade or retirement. The team can pick up his fifth year option, use the franchise tag for year six, and if they wanted to they could pay the premium and use it for year 7. This would be the worst option possible for the player but it would give the Giants a lot of flexibility.

Which scenario do you prefer? Let us know in the comments on Facebook.com/Giants366 or Twitter @Giants366!